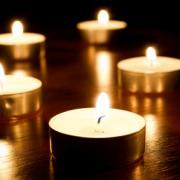 VICTOR LEONARD MUSLOSKI, 87, of Wyoming passed away Friday morning in the Residential Inpatient Hospice Unit Geisinger South Wilkes-Barre with his family by his side.

Born in Harding he was the son of the late Anthony and Agnes (Yurish) Musloski. He was a graduate of Jenkins Twp. High School class of 1949. After high school Victor served his country in the United States Air Force Veteran during the Korean War Conflict as a Staff Sergeant T in Radio Communication and Repair. Prior to his retirement he was employed by Procter and Gamble Paper Co. as a Bounty Manager for 23 years. He was a member of the Wyoming Presbyterian Church

Victor had a love and passion for hunting, fishing, cabin time, golfing and spending time with all his loving family, coffee breaks with his brother-in-law Willard Carey @ Avenue Diner, Mohegan Sun Casino and Lottery Tickets and was basically a jack of all trades.

The Family would also like to give a special Thank You to Residential Hospice and Bayada Home Health Care for the care and support during our difficult time.

Funeral services will be held Tuesday at 10:30am in the Metcalfe Shaver Kopcza Funeral Home Inc 504 Wyoming Avenue Wyoming with the Rev Laura Lewis of the Wyoming Presbyterian Church officiating.

Interment will be in the memorial Shrine Park, Carverton.

The AMVETS Post #189 of Greater Pittston along with the Air Force will conduct Military Funeral Honors.

Friends may call Monday 5-8pm in the funeral home.