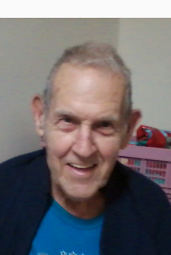 Born in Lake Twp. he was the son of the late George Wayne King and Esther Mae Ruggles King. He was a graduate of Laketon High School. He served in the U.S. Army during the Korean War and was stationed in Germany where he was a field artillery mechanic. Richard also received his Carpentry 1 Certification from the Wyoming Valley Technical Institute. In 1967 Richard and his wife Joan were the leaders of Cub Scout Pack 313.He was also a founding member of the Mt. Zion Fire Department and served as the treasurer until 1988. Prior to his retirement he was employed at P&G as a maintenance supervisor for 25 years.

The family would like acknowledge and thank the staff at Riverview Ridge Assisted Living for there compassion and care they provided.

Funeral services will be held Tuesday at 7pm in the Metcalfe Shaver Kopcza Funeral Home Inc. 504 Wyoming Avenue Wyoming with the Rev. Rick Wormer of the Assembly of God Church of Tunkhannock officiating.

Interment will be at the convenience of the family in the Mt. Zion Cemetery, Exeter Twp.

In lieu of flowers memorial contributions may be made to the Assembly of God Church 181 Bridge Street Tunkhannock, Pa 18657 or the Mount Zion United Methodist Church 1214 Marcy Road, Harding, Pa 18643