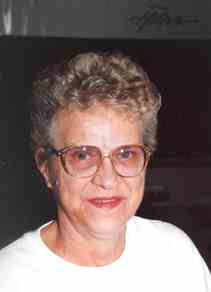 Geraldine Druchunas Wonsavage formerly of Inkerman and of West Pittston passed away Saturday in the Highland Manor Rehabilitation and Nursing Center.

Known to everyone as “Aunt Gerry” she was born June 2, 1934, Buffalo, NY, and was the daughter of the late Frank and Julia Milcavage Druchunas of Inkerman.

She attended Jenkins Twp. High School and worked at Consolidated Cigar of West Pittston until closing .She then worked in the garment industry until she and her husband Lenny moved to Las Vegas where she worked for many years as a seamstress for the Las Vegas Hilton Hotel. After 14 years of service, she retired in 2001. Upon her husband’s death, she returned to PA to live in West Pittston with family.
Geraldine was a member of the ILGWU and the Southern Nevada Culinary and Bartenders’ Pension and Trust.

Private services have been made for the convenience of the family through the Metcalfe-Shaver-Kopcza Funeral Home, Inc., 504 Wyoming Ave., Wyoming.

For more information or to send condolences please visit us at www.metcalfeshaver.com.
.