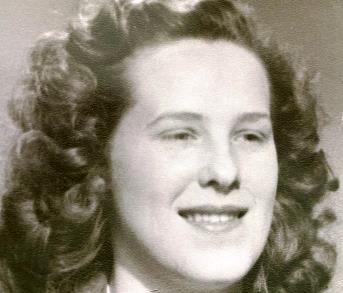 Born in Wilkes-Barre she was the daughter of the late Louis and Pearl (Horlacher) Purvin. She was a graduate of the West Moreland High School class of 1947. For many years she owned along with her husband Gill’s Service Station of West Wyoming. Prior to her retirement she was employed at Hills Department Store. She was a member of the former Shoemaker Chapel and later attended the Wyoming United Methodist Church. For many years she was a Girl Scout Leader in West Wyoming and a 4-H leader of the Back Mountain. Esther was also involved with the West Wyoming Hose Co. No. 1 Women’s Auxiliary, Woman’s Christian Social group and the Wyoming-West Wyoming Little League.

Preceding her in death was her husband Guilford A. Atherholt Sr., Brother Frederick Purvin and Sister Geraldine Northcut.

Funeral services will be held At the convenience of the family from the Metcalfe Shaver Kopcza Funeral Home Inc 504 Wyoming Avenue Wyoming.

Interment will be in the Memorial Shrine Park, Carverton.

In lieu of flowers memorial contributions may be made to a charity of the donor’s choice.