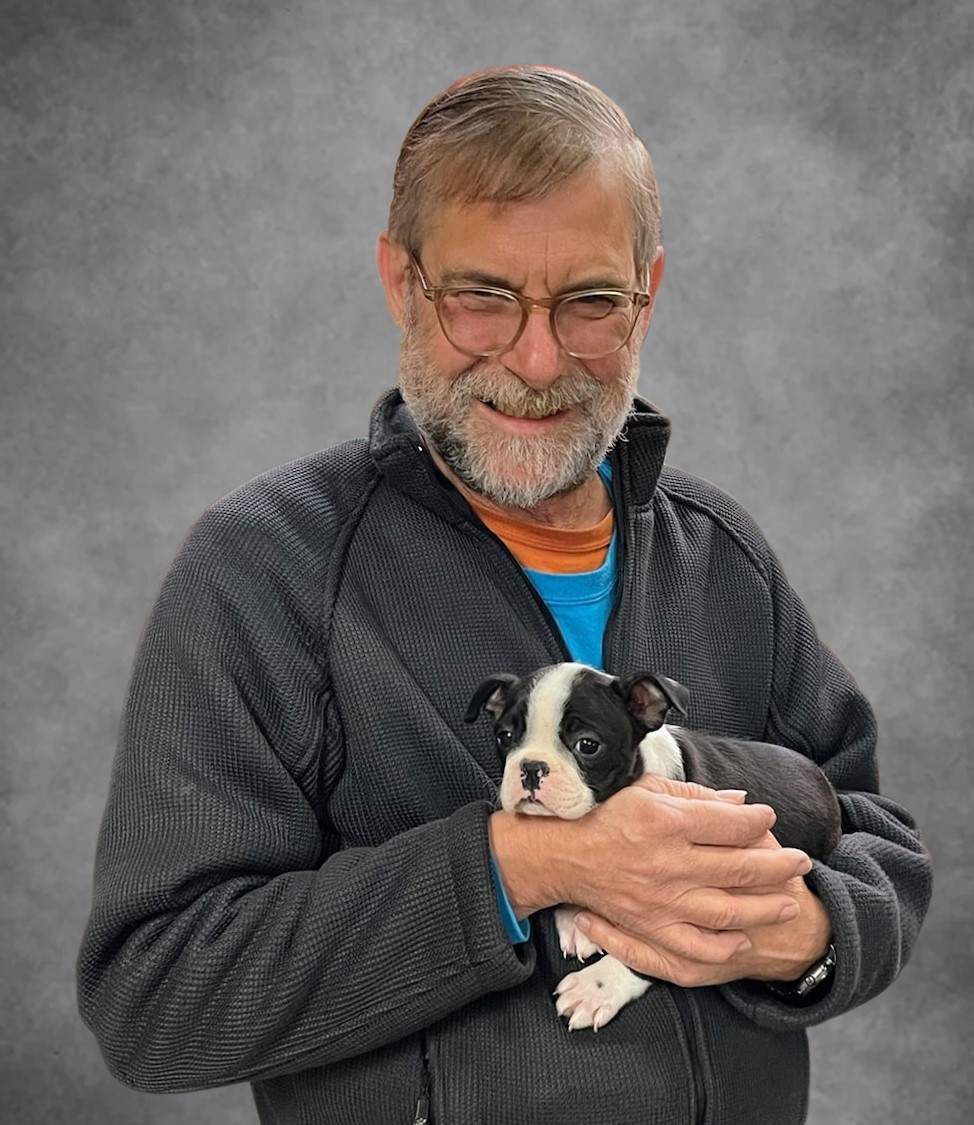 CONRAD D. BAUT
July 17, 2022
Conrad D. Baut, 62, of Shavertown, passed away on Sunday at his home.
Born in Wilkes-Barre, he was the son of the late Eugene and Harriett (Zekoski) Baut. Conrad was a graduate of Wyoming Valley West High School and received a bachelor’s in business administration from King’s College. He spent his life dedicated to his family business, The Baut Studios, Inc., a fourth generation-owned and operated stained glass studio in Swoyersville. Beginning at the Studio as an installer, he moved up the ranks to become lead salesperson, President and eventually co-owner with his sister, Heide. Wanting nothing more than to see the Studio continue into the next generation, he spent the past seven years training his children in the craft to maintain the family tradition.
Conrad loved trains, trolleys, and automobiles big and small. He progressed from building and designing custom O-scale train layouts in his teens to rescuing and restoring the decommissioned trolley cars of Northeastern Pennsylvania later in life. He served as the Secretary of Project 505 managing the restoration of a Scranton trolley car at the Electric City Trolley Museum and was the co-founder and President of Anthracite Trolleys, a non-profit organization seeking to restore Car 790, the last remaining Wilkes-Barre trolley, to fully operational condition. It was his lifelong dream to see Car 790 run once again at the Electric City Trolley Museum in Scranton.
Preceding him in death were his parents and his brothers, Gene and Gerhard.
Surviving is his wife of 37 years, Susan (Dickson) Baut; his four children: Emily Baut and her fiancé Jordan Thimot, Henry Baut, Peter Baut, and James Baut; his sisters, Heide Cebrick and Karen Klemm; many nieces and nephews.
Mass of a Christian burial will be held Friday at 10:15 AM in St. Ignatius Loyola Parish, 339 N. Maple Ave., Kingston, PA. Family and friends are asked to go directly to the church the morning of the mass.
Friends may call Thursday 5 – 8 PM at the Metcalfe-Shaver-Kopcza Funeral Home, 504 Wyoming Ave., Wyoming, PA.
In lieu of flowers, please help make Conrad’s dream come true with a donation to Anthracite Trolleys, Inc. to fund the restoration of Wilkes-Barre Car 790: by mail to Anthracite Trolleys, 1095 Main St., Swoyersville, PA 18704 or via PayPal at paypal.me/project790.

Mass of a Christian burial will be held Friday at 10:15 AM in St. Ignatius Loyola Parish, 339 N. Maple Ave., Kingston, PA. Family and friends are asked to go directly to the church the morning of the mass.