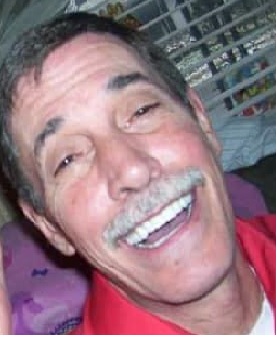 Born in Philadelphia he was the son of the late Davis and Vilma (Rahn) Blackburn. He was a graduate of Willingboro High School in Willingboro, NJ and received his associate degree in computer science. He was a veteran of the US Air Force serving 2 tours in Vietnam. For 25 years he was employed at the TP Corp and prior to his retirement he was employed at Bridon American Corp for 10 years. For 27 years he served as the sexton for the Wyoming Presbyterian Church. He was a member of the Lithuanian Club of Exeter, VFW post 6518 of Exeter, Swoyersville American Legion post 644.

Preceding him in death was his grandmother Grace Blackburn, her Husband Herbert Blackburn, brothers Mark and Kirk Blackburn. as well as many other relatives and friends.

Along with friends and family Bruce will be missed by all who knew him. Never be sorry for losing him. Feel blessed for having him in our lives.

Funeral service will be held Saturday at 10am in the Metcalfe Shaver Kopcza Funeral Home Inc 504 Wyoming Avenue Wyoming.

Interment will be in Chapel Lawn Memorial Park, Dallas.

Friends may call Friday 6-8pm in the funeral home.

In lieu of flowers memorial contributions may be made to FBS Initiative Inc. PO Box 9510, Wilmington, Delaware 19809

For more information or to send condolence please visit us at www.metcalfeshaver.com.