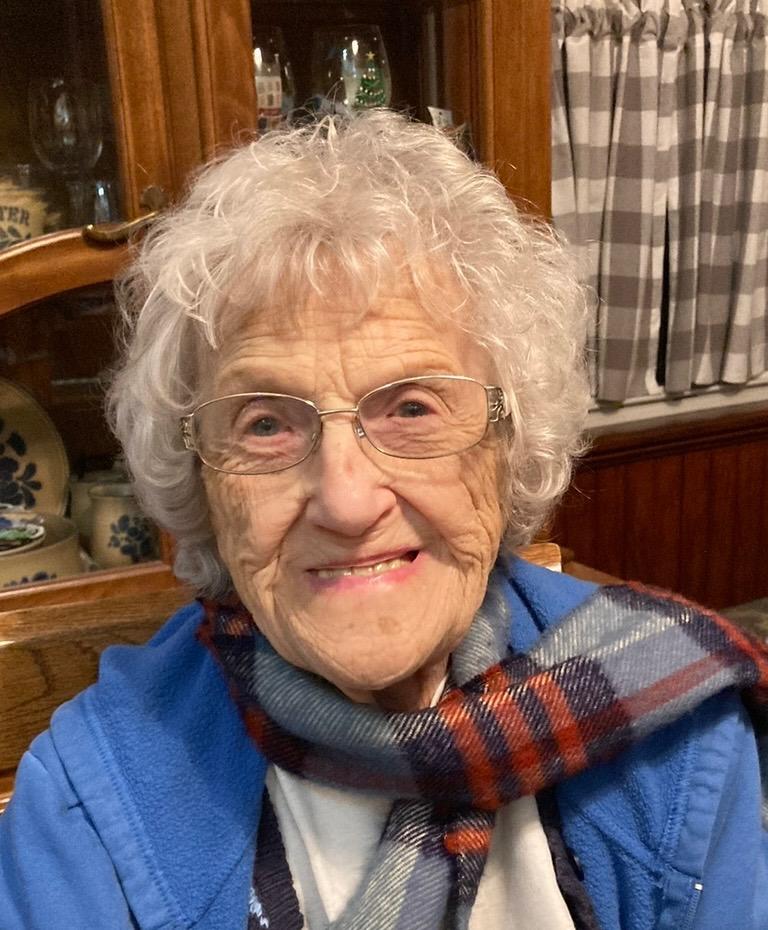 Bernardine A. Yoschak, 91, a longtime resident of Metuchen, NJ, passed away peacefully on August 15, 2022, surrounded by her family.

Born in Nanticoke, PA, and raised in Plains, PA, she was the daughter of the late Charles and Sophia (Pritch) Sheraski.

Bernie was a graduate of Sacred Heart High School, class of 1948, and attended Wilkes-Barre Business College. Bernie was employed in the office of Plains Manufacturing until her 1959 marriage to her husband Joe and their relocation to New Jersey.

After living in Elizabeth and Linden, Bernie and Joe settled in Metuchen. Bernie worked for A & P Liquors in Metuchen from its opening in 1984 until its closure in 2017. She enjoyed her job and was grateful for the many friendships she made with her co-workers and customers.

Bernie was a member of the Metuchen PTA while her children were in school, and she and Joe were dedicated supporters and members of the Metuchen High School Band Parents Association and the Bulldogs Booster Club. She never forgot a birthday and will be remembered for her wonderful baking, which she generously shared with neighbors, especially at Christmas. She enjoyed family vacations in Cape May, attending her children’s and grandchildren’s activities, and rooting for the Metuchen Bulldogs, Rutgers basketball and football, and the New York Mets. A devout Catholic, Bernie was a communicant of St. Francis of Assisi Cathedral, Metuchen.

She was preceded in death by her husband, Joseph F. Yoschak in 1987 and by her siblings Florence Gill, Dorothy Sheraski, and Charles Sheraski.

She will be missed by her children, Patricia Staskiel (Stan) of Plains, PA; Joseph Yoschak of Metuchen, NJ; Joanne Franklin (John) of Edison, NJ; Maureen Flint (Gerard) of Old Bridge, NJ; grandchildren, Abigail Staskiel and David Staskiel and his fiancé Alle Stefanides; Kathleen Franklin and Patricia Dill (Thomas); Jennifer, Evan, and Claudia Flint; step-grandson Jared (Amanda); three great-grandchildren, Eric, Anna, and Hope; sisters-in-law Marie Yoschak, Terry Yoschak, and Joan Sheraski; and many nieces, nephews, and cousins. Bernie lived by this motto – “It doesn’t hurt to smile and say hello,” so in her honor, please be sure to smile and kindly acknowledge the next person you see.

A mass of Christian burial will be held Friday, August 19, 2022 at 10 am at Saints Peter and Paul Parish 13 Hudson Road Plains followed by the burial at St. Mary’s Catholic Cemetery in Swoyersville, Friends may call before the Funeral Mass from 9 to 10am in the Church.

A mass of Christian burial will be held Friday, August 19, 2022 at 10 am at Saints Peter and Paul Parish 13 Hudson Road Plains followed by the burial at St. Mary’s Catholic Cemetery in Swoyersville, Friends may call before the Funeral Mass from 9 to 10am in the Church.